Every Seed Must Die

by The Promise Is Hope 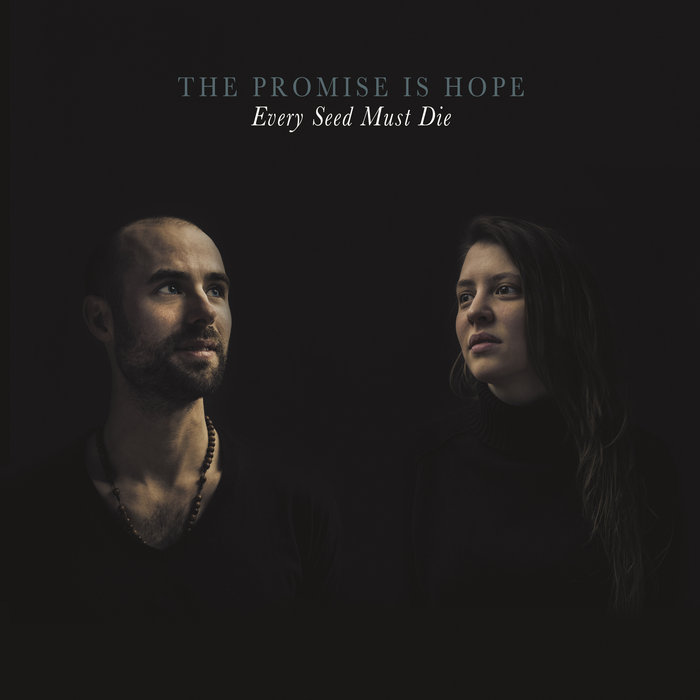 If you live long enough on this earth you will love, and you will lose. For Ashley & Eric L'Esperance, the folk duo The Promise is Hope, the past four years have been abundant with both love and loss - joy and sorrow - high peaks and low valleys.

In a short time, the two had the joy of bringing their lives together, releasing their debut album "Where We've Been & Where We're Going," and heavily touring the Northeast and Mid-Atlantic. Touring had given them the opportunity to meet and share their hearts with countless beautiful people, many who’d become great & friends and close supporters of their journey. In the same season, the two lost four family members; and went through a painful disintegration of their local faith community. Cancer, suicide, mental illness, and disillusionment had taken their toll and left the them full of questions.

After everything they had experienced, the L'Esperances slowly started writing songs that would become their sophomore album, "Every Seed Must Die." The process of writing and composing was a cathartic examination of death and life, grief and joy, loss and love. The songs are a result of the two digging into their hearts to explore the darkness they had experienced. Writing helped them process some of life’s toughest moments, and their hope is that the songs can do the same for other people - that they will meet you, the listener, wherever you are, walk with you through whatever you are going through & offer you a way forward.

Lyrically and musically, “Every Seed Must Die” marks a step forward for The Promise is Hope. The thematic content shows a growth in depth and maturity for both songwriters, who have always strived to bring raw, honest emotion to well-crafted lyrics. The duo seeks to build onto the great tradition of songwriters that have gone before them, and desires to contribute their unique perspective to the vast American folk landscape. The L’Esperances have shown great restraint in their approach to production. The two went into the studio seeking to create a sound that matched the vulnerability and intimacy of their lyrical content and alluded to the intimacy of their live performance. Old Bear Studio (Batavia, NY) Producer Chris Hoisington caught their vision. With his decisive ear for nuance, and an attitude of “less is more,” Chris helped craft an acoustic sound that features their two voices set over finger picked guitars, light piano, and cello. Inspired by production on records from decades past, Chris saw a place in the sound for the Mellotron, which often adds a soft foundation to the songs.

All together, “Every Seed Must Die” is a collection of sincere songs that encapsulates the feeling of being curled up in your favorite chair with a mug of tea (or whiskey) by the warm glow of an old space heater on a cold winter’s night. Though the world outside is bitter and cold, the warmth of this record feeds the soul and soothes the spirit.

The Promise Is Hope Worcester, Massachusetts

Ashley and Eric L’Esperance first felt the electricity of their undeniable chemistry at an impromptu song swap. A year and a half later they were married and released their debut album “Where We’ve Been & Where We’re Going.” With deep reverence for songwriting, the duo’s music explores the mysteries of love, spirituality, and the joys and struggles of life’s journey. ... more

The Promise Is Hope recommends:

Bandcamp Daily  your guide to the world of Bandcamp